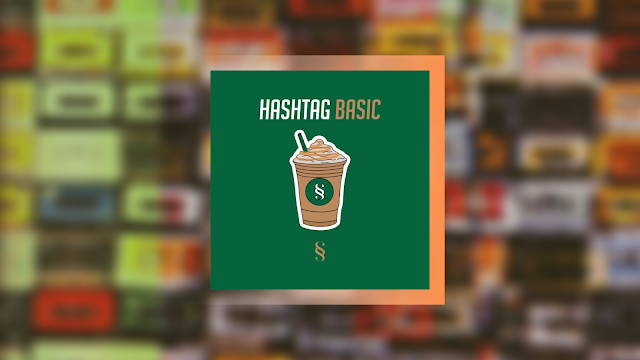 Sam Sky has released another new single titled 'Hashtag Basic' which is possibly one of my favourite songs that he has released so far alongside 'I H8 The Internet' and the oldie but goldie, 'Amnesia'.

It is such an upbeat song and the lyrics are being very catchy. I can't help but sing along.  The title, single cover and concept of the song is clever and very amusing.

The song seems to be about an ex-lover (or it could be ex-friend?) who Sam has just found out are actually basic and not what they like to appear as. Within the song, you also see Sam put himself above the person who is talking about as he realises the other person isn't worth it.

Sam's creativity has gone above and beyond and he keeps improving on each song release.  'Hashtag Basic' has a summer feel to it.  I can imagine someone playing this through a wireless speaker on the beach.  The snappy instrumental makes your feet more naturally and even though the song is essentially talking about someone from the past, the instrumental gives me a positive, happy feeling.

Sam's music is so diverse, not two songs are the same.  He keeps it fresh and I am intrigued to see what's next.  I always say this but Sam is so hardworking and more people should discover his music.  If there is one thing I want you to take from this post is to STREAM SAM SKY'S MUSIC - you will not regret it. Thank me later.