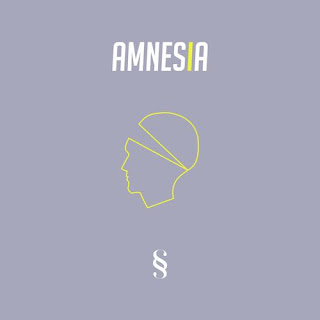 Meet The Artist: Sam Sky
Sam Sky is an American based singer/songwriter who has released many singles such as 'What It Takes', 'I'd Rather Die Alone' and 'In Your Atmosphere'. Back in November 2018, Sam released a new single called 'Amnesia' which is my favourite from the bunch of songs he has released (along with 'I'd Rather Die Alone'). His vocal range is insane and I really believe Sam is an artist to look out for - he could be at the top of the charts soon, I really believe in him.

Before he adventured into his solo career, Sam was part of several different rock bands as the frontman!

Sam has only been releasing music as a solo artist for around 6 months and he has already gained over 8,000 total streams on Spotify!
I got the chance to do a little Q&A session with Sam about his song, 'Amnesia', so he will tell you more about the song but it delves into feelings of being trapped in a routine and not being able to freely live his life the way he wants. You can definitely hear his feelings and emotions in every single lyric and vocal he lets out.

The instrumental behind the lyrics are very catchy as well and this song lets off 'chilling' vibes. This is a song I could put on after a stressful day at work and feel relaxed. I just really love this song, it has so much potential and people need to download, stream and listen to this song as well as his other songs. Sam Sky is very underrated!

I just want to take a second to talk about his single cover for 'Amnesia' - it is so aesthetically pleasing and I love it.
As I have mentioned, I was able to do a little Q&A session with Sam about his song 'Amnesia' and below is what he had to say:

SS - It's like if Blackbear had a musical baby with the spirit animal of John Mayer only without the endless supply of cocaine, Xanax, and lengthy roster of famous EX girlfriends.

TE - How long have you been making music?

SS - I've been writing my own songs since forever, but I've only been doing this solo artist thing for the past six months or so. Before this, believe it or not, I was the frontman in a series of rock and metal bands *Insert rock on emoji*.

TE - What was the inspiration behind your song, ‘Amnesia’.

SS - Well I was working my fifteenth day in a row, doing some fourteen-hour days, really burning the candle at both ends. I got to work a little early and sat down on a bench right outside my storefront. As I sat there I realised that this was the first little bit of time I had alone to myself in a while. I took out my phone and in my notes section and wrote Amnesia in probably about ten minutes. In the end its really about missing the freedom I had, and feeling like some days when the weight of the world is on your shoulders you wish you could just slip away, even if only for a moment or two.

TE - Who are your major influences for your music?

SS - Based off my answer before this its no surprise that I'm super into Blackbear as a songwriter. What's wild about that is the homie's voice is absolute, one HUNDRED percent nothing special as far as having range and depth goes, but this guy understands his strengths and weaknesses and maximises it like no other. Dude writes banger after banger after banger because he understands structure and melodies so well while making it simple and relatable. I won't go into detail on the next few but some other major influences are John Mayer, The Weeknd, and Justin Timberlake.

TE - Talk me through the process of coming up with a song of yours.

SS - Honestly the process changes all time, I really don't have a set process of method to the madness. However, I will say that when I avoid repetition and routine in my life when and where I can, it helps immensely with songwriting. Anything from driving the long way to work, taking a spontaneous trip, sleeping on the floor instead of my bed, to using a different locker every time at the gym, or trying new foods and places to eat help me and inspire me to write songs. May sound crazy, but it's true!

What has been your most personal song to date?

SS - Probably my song I'd Rather Die Alone. It details an ugly off and on again dysfunctional relationship (if you can even call it that) of sorts that was extremely detrimental to my mental and emotional health, however, ends on a positive note talking about how the fact that we didn't end up together was the best thing that could have ever happened to me because it leads to me meeting my significant other and conceiving my beautiful daughter who inevitably changed my life forever for the best. For the most part, though, every song I've released so far has been pretty personal and transparent, raw and real.

SS - Obviously doing music professionally is one of the things on the top of my list, but really, I just want to be free, or as much so as I can be. I want to be completely financially independent, owning a business or two outside my revenue from music with enough residual income to allow me and my family to do what we want, and when we want. I'm really tired of working for the man and never being able to spend holidays with my family, always having to ask permission on bended knee to take time off. Fuck that lol. Some people say it isn't about the money, but if you're an adult who has the reasoning capabilities above a 5th grader, you understand it is actually a little bit about the money.

I want to wish Sam the best of luck for his career, maybe I will review his music in the future. Sam is certainly someone I will be supporting and listening to every track he releases!