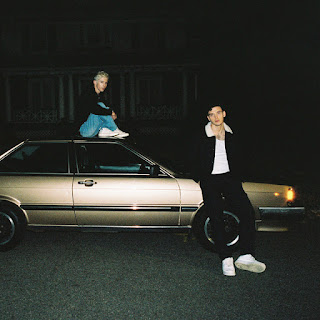 Lauv's is an American singer, songwriter and record producer. He is best known for singles such as 'I Like Me Better', 'There's No Way (ft. Julia Michaels)', 'Superhero', 'Enemies', 'Never Not' and many more.

In 2018, Lauv released 'i met you when I was 18 (the playlist)' which was a compilation of some new songs, some singles he has already released and his smash hits.

This is my first time listening to Lauv - I haven't really heard or listened to any of his songs, that I know of. But I have to admit, after this collaboration with Troye Sivan, I am definitely going to be keeping an eye out.

This collaboration is really good, I really enjoy it. Troye Sivan has a calming, soothing and gentle voice but with the mixture of a Lauv's vocals makes this song a masterpiece. I am a huge fan of this song.

In a statement, Lauv spoke about working with Troye - “I’ve been a huge fan of Troye’s music and what he does for the world for years, so working with him was an absolute honour. When we wrote ‘I’m So Tired…’ he just sounded too good singing it, so I think it was just natural to do the record together.”

The song is all about overhearing love songs on the radio and it triggering bad memories from past relationships when they are trying to get over the past lover. Music can really make you go back in time and remember the good - that ended badly - times. I certainly have songs that always remind me of people and different memories that I thought I had forgotten.

Lauv has announced that this is the last single he is going to release for a little bit - he is going back in the studio to work on his debut album.