Jake Quickenden - When You Kissed Him | Song Review 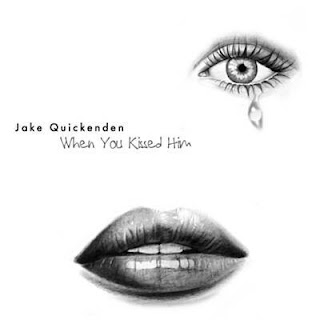 Jake Quickenden is an English singer and reality television personality. He was a contestant on the ninth and eleventh series of The X Factor UK in 2012 and 2014, before being runner-up in series 14 of I'm a Celebrity...Get Me Out of Here! in December 2014. In 2018, he won the tenth series of Dancing on Ice, where he was partnered with professional German figure skater Vanessa Bauer.

Jake has also released 2 EP/Albums called 'I Want You' (2015) and 'New Chapter' (2016) which came with some amazing singles - 'Blindfold' and 'Can't Stand The Rain'. In December 2018, he has released his new, and along awaited single called 'When You Kissed Him'.

As an independent artist, Jake has been working really hard to produce music to express how he has been feeling and he should be really proud of what he has produced so far.

'When You Kissed Him' delves into Jake's feelings which he never fails to do with each song he releases. It also discusses whether an ex-lover is finding it hard to move on from their relationship. Jake has been in the media a lot this year following his break up from ex-fiance earlier this year so this may have had some inspiration from the split - writing lyrics straight from the heart which makes a brilliant artist. He co-wrote the song with James Birt and Christopher Swan.

This song was written beautifully filled with soulful vocals and acoustic guitar background. Jake is most known for his singing videos on his Twitter, Instagram; covering his favourite songs with his acoustic guitar and this takes you back to the amazing vocals Jake served in them videos.

Another song to add to Jake's list - an amazing talent that needs to be recognised. The song is already quickly climbing the iTunes charts which it deserves and debuted at number 34 on the songs release day. This relatable songs for many people have got to be one of my favourite releases of December 2018 - Jake has a lot of talent that needs to be heard by way more people.

Jake is always working on new projects and I hope one of them is a new album.