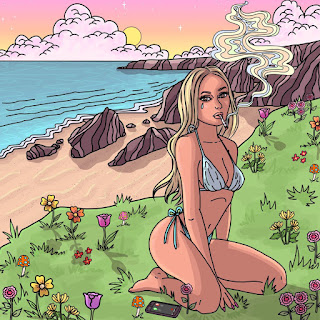 Tana Mongeau has released her new single titled 'Facetime' which is another side of Tana we have never seen before.

When Tana released her last single, 'Fuck Up', I was truly shocked and surprised but I really liked the 'new' Tana. It seems like Tana is taking her music more serious and I am really loving it.

'Facetime' is all about how long distance digital communication methods - such as FaceTime - which can never really replace face to face contact. During her Behind The Scenes video for the music video, Tana said about the song: 'This song is about like not wanting to be in a long distance relationship that is not necessarily bad but you’re just… I wrote this song when I was in like a long-distance relationship that I didn’t wanna be in and I just felt like I was way too fucking young for this shit, way too young in general to be doing anything crazy monogamous.'

This song is very summery which very music fit into the season of its release. If I was to describe this song in one word, it would be 'vibey' as throughout it gives off so many tropical vibes. I am really loving the new sound Tana is releasing within her songs - her lyrics seem so much more genuine and true to herself than her other hits. Taking experiences from her life and making them into a song is something we haven't really seen from Tana - except from her story-time videos on her YouTube channel. She is most known for the jokey/not that serious rap songs such as 'Hefner' and 'W'. Her vocals are so soft and delicate with some amazing songwriting involved. I am really impressed.

I am super proud of Tana and I am so, so, SO, excited for more music that she will release in the future. She is still finding herself as an artist and I am glad I get to experience the start of her music career. A big well done Tana, keep the vibey songs coming!