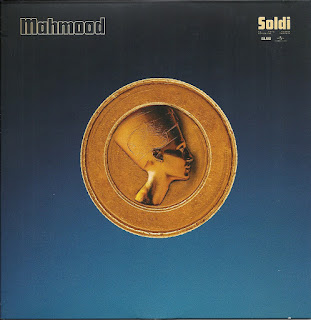 Mahmood represented Italy at the Eurovision 2019 with his song titled 'Soldi'!

This is possibly my favourite song from the entire competition. Even though I don't understand Italian and Arabic, I really love this. I can still hear the talent that is blasting through my speakers. 'Soldi' and Mahmood placed overall second which is absolutely amazing. I am not going to lie, I was rooting for Italy and I honestly thought they was going to win. It was a close second and Mahmood was staying at the top of the leader board through the voting.

Once thing I love about Eurovision is that you can hear different countries take on music. Each country has their own music styles and even though I don't understand what Mahmood is singing, I really love the song! His performance at the Eurovision was really good as well - it is shame Mahmood didn't win!

The lyrics explore Mahmood's relationship with his father, who left his family while he was a child. It depicts a lying, contradictory and unreliable father, whose main priority is money (Soldi) instead of his own family. Money is therefore represented as one of the causes of the end of a father-and-son relationship. He also included a line of the song in Arabic which he has revealed is a line his father used to say to him all time.
The production is very different to what I am used to hearing but I love it - I am not 100% sure whether this is a common theme in Italian music but I am huge fan. His husky, quite soft but punchy voice really sets the tone and tells the story. This song and seeing his performance has made me very intrigued to listen to more of his music - maybe Mahmood has gained a new fan but I am sure he has gained many worldwide after his Eurovision performance.
Overall Rating: