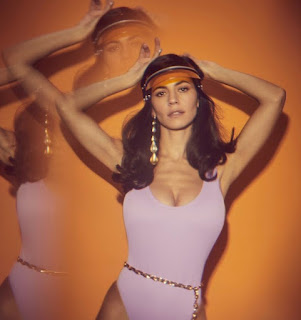 MARINA is getting ready to drop her next album titled 'Love + Fear'.

When I last reviewed MARINA, I feel like I was a little harsh. The lead single for this new era 'Handmade Heaven' didn't feel like the best fit to start a new era but MARINA has now released the third song from the upcoming album called 'Orange Trees'.

MARINA made a statement when she released 'Handmade Heaven' saying it wasn't a true reflection of what the album will be filled with and what I have heard from 'Orange Trees', I am liking the sound. I hope the sound that is present on 'Orange Trees' is a frequent sound we hear through out the album(s). I am now really looking forward to her album!

The song is all about her time when she lived in Greece with her father. Describing and making listeners picture what a beautiful country it is. MARINA confirmed the meaning of the song by posting on her Instagram story saying 'It's so light and fresh. I love it, and it was written about a island i'm from in Greece'.

I really like the song - it is so refreshing. It has a tropical vibe which is what you would expect from a song about Greece. It is certainly one of my favourites from the album so far (from what we have heard) and I am excited to hear the rest of the songs.