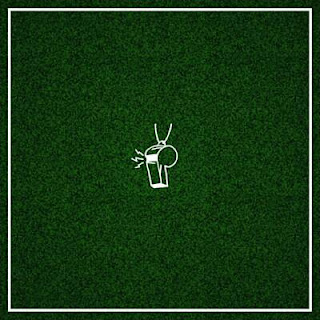 Drod is a rapper/Hip-Hop artist from Raleigh, United States. From listening to his music, he is VERY talented. He can 'spit bars' like mad, I am very impressed. He has released many songs over the years but mainly posting them on his Soundcloud. One thing I love about Drod - which is a weird thing to love to be honest - is his single covers. They are so simple but so effective. I have a thing for good, aesthetic single covers and Drod really does it well.

He has teamed up with JTB for his new track titled 'Joe Paterno'. If you don't know who Joe Paterno is - he was an American college football player, athletic director, and coach. With 409 victories, Joe is the most victorious coach in NCAA FBS history. With some ups and downs in his life (including a major scandal), Joe passed away in January 2012.

This song is ace, it is really impressive how Drod and JTB can rap how they do, I will be losing my breath after a few words. There are not any quiet or boring parts of the song - the chorus is quite catchy too.

An all-around good song - I can see a very bright future for Drod and his music career.

I got the chance to do a Q&A session with Drod all about his collaboration with JTB and his new single 'Joe Paterno':

TE - It is pretty obvious, but what was the inspiration for this song and how did it come about?

D - The inspiration for this song came from just the vibes the beat gave off, I spoke on my work ethic and keeping the real ones close to me while keeping my circle small due to trust issues.

TE - What was it like to work with JTB?

D - Justus (JTB) is a super cool dude! We had written our verses a while back around November 2018, so that next month in December Justus came over to my studio and laid down the vocals! It went very smoothly!

TE - What was the hardest part during the recording process for this song?

D - The hardest part was definitely laying down one of my lines in the verse. For some reason saying "I've been this way since a child, it is no question if I wrote that, we cannot level this out cause y'all can't bench-press with my notepad" was very challenging for me to enunciate correctly and took me a couple takes to get it right haha.

D - I have various moods and styles ranging from all my records currently released. In three words I would describe it as Energetic, Vulnerable, and Introspective.

TE - Who would be your dream collaboration?

D - As someone who is currently on the come up with garnering local support and exploring with various different sounds, it would be ignorant for me to name a big artist I would like to work within just one category of music, so I would bounce around genres and name artists such as Juice WRLD, or someone similar to a Khalid or Billie Eilish.

TE - What is next for you? Any new projects?

D - I am currently continuing my streak of releasing one single every month for the year of 2019, but I am simultaneously working on new concepts and music videos getting ready for release. I also plan on throwing a couple local shows this upcoming summer!