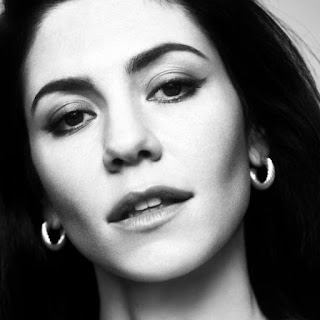 MARINA (best known as Marina and the Diamonds) has released a new song titled 'Handmade Heaven'.

Extreme, insane (in a good way), talented, opera-like vocals give me chills throughout this song. Such a good slow but still kind of upbeat song. It is such a magical song - it reminds me of a Lana Del Rey song.

This song is the lead single to her fourth album but MARINA has revealed that this single isn't a 'good' representation of her upcoming album. If I am being completely honest, as good as this song is, it doesn't seem like a shout out single - it feels to me more like a promotional single for the album. It makes people wonder and theorise what the rest of the album will sound like but I am sure there was a better choice for the lead single.

I still really like this song, it is a good representation of MARINA's vocal and song-writing capabilities. The song seems to also be written in a poem style which I love. Fantastic songwriting and fantastic vocals - I just don't think it is a good lead single for the new era.