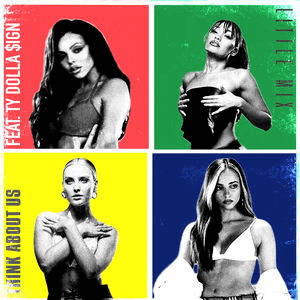 After the success of 'Woman Like Me', British girl supergroup, Little Mix, have released their second official single called 'Think About Us' featuring Ty Dolla $ign. This is their first single under RCA Records UK after their split from Syco in late 2018.

The song is about either a break-up with a lover or a break the couple may be taking for a short while. One thing I love about music is you can interpret songs to your own meaning. The artist may have had a storyline while writing the song but you can mould it to something you have experienced.

Of course, the girls are serving amazing vocals and other dance-able tracks. Perrie belting out the chorus and Jade, Jesy and Leigh-Anne serving all the vocals we need in their verses. Throughout their 'LM5' album, each girl really shines and I am so happy that they have been able to finally release the music they have always wanted to create.

Ty Dolla $ign's verse was one thing fans was not looking forward too; they thought the song didn't need a feature to 'improve' it but I think fans were proved wrong. Ty adds something new, something original to the song - change is good.