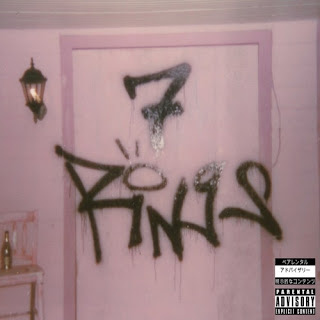 Ariana Grande is back with her second official single from her upcoming fifth studio album, 'thank u, next'.

Before listening to the song, I had really high hopes. Her 'sweetener' album was one of my favourite albums of 2018 despite people having mixed feelings about it and with releasing of 'thank u, next' and 'imagine', I am really excited about her album and all the amazing music the album will be filled with.

The visuals for the era so far have also been amazing so I had no doubt Ariana was going to do crazy visuals for '7 rings' too.

'7 rings' makes me feel poor when I listen to it - but it also makes me feel rich and sassy. The song talks about expensive things and all the money Ariana has - boasting about the diamonds, houses and all the luxury things she has. Flexing seems to be a trend I see on social media all the time at the moment and the song fits with the current trends. However, I do think everyone needs to 'flex' what they own. Hard work pays off and we all have something to show for it.

Ariana revealed that this song was inspired by a tipsy Tiffany's trip she once went on and the title of the song was inspired by her friends - Ariana and 6 of her friends all have matching friendship rings that they bought in New York. The owners of the rings are Ariana (obviously), Victoria Monét, Courtney Chipolone, Alexa Luria, Tayla Parx, Njomza and Kaydence Krysiak. Her friendship group was also involved in the writing of the song (except Courtney and Alexa).

At the beginning of the song, Ariana also uses a sample/references 'The Sound Of Music' with the lyrics - 'Yeah, breakfast at Tiffany's and bottles of bubbles; Girls with tattoos who like getting in trouble; Lashes and diamonds, ATM machines; Buy me all of my favourite things'. Not the exact same lyrics of the famous 'My Favourite Things' but follows the same tune and is lyrically similar.

As well as serving amazing vocals as she always does, this song sees Ariana rapping - which she is really good at. I personally have never heard Ariana rap and I am very impressed.

I really, really like this song. It has been on repeat since its release and the music video is AMAZING! I really enjoy good visuals for a song and that is why I believe every song, on every album, of any artist, needs music videos or some kind of visuals but I know record labels may not have the budget to do that.