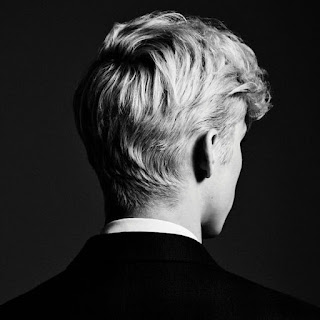 YouTube star turned singer-songwriter, Troye Sivan, has finally released his second studio album
‘Bloom’. I have been a big fan of Troye’s music for a while, way back when he released his first EP ‘TRXYE’.

‘Bloom’ is a follow-up album from his debut album ‘Blue Neighbourhood’ (2015). Troye’s new album also features special guests such as Gordi and Ariana Grande. The album debuted at Number 7 on the Official UK iTunes Charts.

Troye starts the album with ‘Seventeen’. A song about love and want with poetic lyrics from start to finish. Troye also sings about young love and young sexual escapades. I wish this song was later on in the album though. I feel like a more upbeat, fun song would be best to start the album off – but that is my opinion, others may disagree.

It seems like forever ago when he released his first single from this album ‘My My My!’ back in January 2018. The song debuted at Number 20 on the Official UK iTunes Charts. It is a fun-loving song, it is a song you could directly dance too. When Troye released this single, I was so excited for this new era. It had been so long since we had heard any new music from Troye – and ‘My My My’ is probably the best song to start off this era. This song is certainly one of my favourites from the album.

‘The Good Side’ was the second single/promotional single to come from the album. It was released the same month as ’My My My!’ But it is more of a slower, calmer song. With an acoustic instrumental, Troye sings to his ex-boyfriend in an open letter about their break up. Troye called the song ‘one of the only sad songs on the album’ and I agree. I also think this album isn't too upbeat either – this is an album I could put on my record player and just chill listening too. It has a calming effect on me and I always associate my record player to feeling calm.

The third single from the album was ‘Bloom’. The song that the album was named after. My personal favourite song on the album – or it is in a high spot of my top 5. Bloom is a fun and catchy song which, again, I could see myself dancing too. Troye describes the song as ‘a gay anthem for bottoms’ and then he goes on saying it is ‘100% about flowers' – I guess it is up to the fans to figure out what the song is about.

Then the album goes onto ‘Postcard (feat. Gordi)’ – another one of my favourite from the album. The way Troye sings the song and sings each lyric is powerful and you can tell there was so meaning behind each lyric. Troye’s writing skills have improved so much since his last album. The song is completed by powerful lyrics such as ‘Kissed me and said “I love you baby”, you didn’t give a f**k’ – powerful words and powerful lyrics.

Ariana Grande is a feature on the next song, ‘Dance To This’. Another song you can dance too and Ariana fits so well which makes it such a good feature. I was so excited when Troye announced he was doing a sing with Ariana Grande and we were not disappointed. A mix of Troye’s and Ariana’s vocals - I'm here for it! The song is described as a ‘mellow dance track’ and Troye revealed he was initially nervous to ask Ariana to be on the song, but there was no need for the nerves, Ariana was excited to be part of it.

‘Plum’ was the song that had everyone excited about especially Troye. It is so nice to see an artist as excited for a song as much as the fans. It seems like this song is the song Troye is most proud of. Troye, alongside a group of amazing writers, has written some masterpieces on this album. It is very well written. Another one of my favourite songs from the album, so much meaning and passion behind it.

The album finishes with three-song – ‘What A Heavenly Way To Die’, ‘Lucky Strike’ and ‘Animal’. Animal is my personal favourite out of the three. ‘Lucky Strike’ is more upbeat than the other two but all give amazing vocals and lyrics. I think slower, calmer songs suit his voice better and he can show off his vocal ability and vocal range.

Overall, this albums is really good. All albums that are coming out in 2018 are better than I expected. Music is getting better each year and that makes me so excited and happy.

This album is well written and well produced and I am so happy we have finally got some new Troye Sivan music – but when is the next album coming out?