The Weeknd - The Morning | Song Review 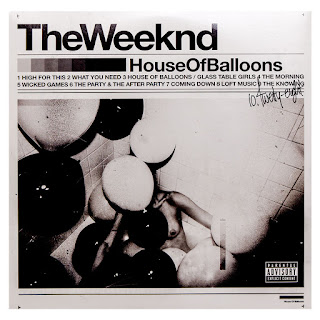 The Weeknd was a name that was common on the streets of Toronto, not knowing who he or they were, anything about them or even any information about them. All people knew was that The Weeknd was making great music. Something that was going to revolutionize R&B as we've known it and make it better and better. 'The Morning' is one such track that tells you how good 'The Weeknd' was and how to presented R&B in the way we know it today.

The morning is the song that introduced me to 'The Weeknd' and his amazing mixtape called 'The House of Balloons'. If you've ever wanted to know how the life of the XO crew is and want to a get a preview of their drug infused party lifestyle, this your front row tickets to that. The songs is down tempo, self introspective cut about how the morning a passionate night between Abel and his life lover. The morning has dawned upon them and now it's time to think about what they've done, was it the right decision or not and how the things are going to go forward after this.

Musically it's a solid track. A guitar opens you up to the magical voice of the Weeknd and then we hear his saga of a drug filled night and the morning after that. Abel has something in his voice that transports you to the world beyond us, into a state of trance which makes us surrender to the world that 'The Weeknd' wants us to be in. Special mention has to be given to the instrumental at the end, which takes the song to a level which is beyond expression. If you're looking to start listening 'The Weeknd' the this is the song that you should start your journey with.