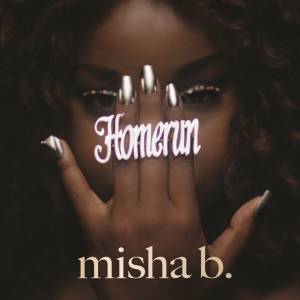 Misha B is a British singer-songwriter and lyricist based in the United Kingdom. She took part in the eighth series of The X-Factor UK in 2011. I can remember watching her on The X-Factor and I was so in love with the energy she brings on stage.

Because I am working from home at the moment, I have been listening to a lot more music but I was getting sick of hearing the same songs the same UK top charts and I wanted to find something that I used to love and I came across a 'Home Run' by Misha B again.

This song appeared briefly on her debut mixtape 'Why Hello World' which was released for free download in 2012 but she officially released it as her first debut solo single in July 2012 and it charted at number 11 on the UK official singles chart.

It is such an upbeat, fun song and is definitely one that I will forever love. Even though it’s been eight years since its release, I really don’t think this song could ever get old. I enjoy this song every time I listen to it.

'Home Run' starts off with a calm piano in the background with Misha B belting out beautiful vocals but then the tempo shoots up and it becomes a lot more fast-paced. The lyrics are so fun and so catchy. I can't help but dance to this song every time I listen to it. This will forever be one of my favourite songs.