Lady Gaga (with Ariana Grande) - Rain On Me | Song Review 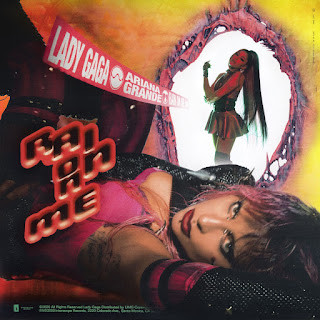 Lady Gaga and Ariana Grande have teamed up on a new single called 'Rain on Me' which is the second single from Lady Gaga's upcoming sixth studio album titled 'Chromatic' set to be released on 29th May 2020. Surprisingly, this is also Lady Gaga and Ariana's first collaboration.

Fans are loving this new single and so am I. It's a song that we really need at the moment, especially with what we are currently going through - it makes you feel so upbeat and forget about worries for the full duration.

'Rain On Me' is about getting through your troubles/problems and finding comfort in the fact that things will get better - Lady Gaga is proving it.

Lady Gaga has opened up about the meaning behind this song - it's a metaphor for the amount of drinking that she was doing to herself but she has also said that there are so many other layers to this song. But in the end, the song is meant to uplift you and it certainly does the job.

I always love Lady Gaga‘s music because she is so creative and thinks outside the box. I always say her music is not what we usually hear but I always go back on myself because it is. It has elements of the normal pop music we hear but it has the Gaga style we love and will continue loving. The addition of Ariana's vocals really does make the whole song a masterpiece ready to control the charts.

I have to admit, the singles that have been released leading up to the album release have really pleased me as her fifth studio album 'Joanne' wasn't what I expected and I dd not like it as much as her previous releases.

I like seeing the fun outgoing Gaga who pushes the boundaries each time and makes true masterpieces. I am really excited to hear the full album.