Kehlani - It Was Good Until It Wasn’t | Album Review 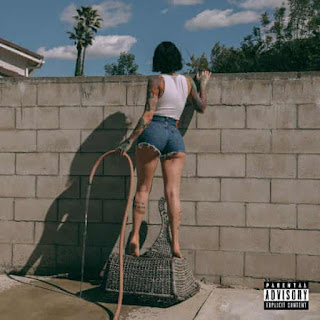 Kehlani has released her new album titled ‘It Was Good Until It Wasn’t’. It is a pure masterpiece, every single song on this album is very well put together. All 15 songs were made with genuine purpose, my favorite songs are Change Your Life and Grieving.

I picked these two songs because they gave me chills more than any other song. In ‘Change Your Life’, the lyrics that stand out to me the most are;

These words hit me right in the heart and make me emotional. I feel so inspired to be better and love my other half better. Kehlani goes deep into the song saying how she can be anything and everything she wants and she’s there to support him no matter what. Jhené Aiko is featured in this song and she also says that he deserves someone to take him to another level and how much potential he really has.

In ‘Grieving’ she displayed how badly they messed up the relationship because she had to pick a side of whether to say or go.

“No one would bet you would lose me like that, no one would guess I had the strength to fall back. Now all I want is peace and quiet for peace of mind.”

She wants to grieve alone and in peace, she needs time to herself and cope with the fact that the relationship is over.

Kehlani told Apple Music that she thinks this was her favorite project to ever release. Every song on this album has a purpose and it shows, even the skits in the album make sense. Her features of Tory Lanez, Jhené Aiko, Masego, Lucky Daye, and James Blake made each song hit the soul exactly how they’re supposed to. I love everything about ‘It Was Good Until It Wasn’t’, genius.