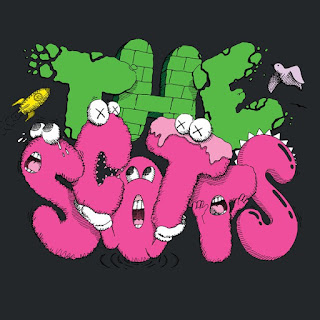 The Scott's is not just a song it's a Magnum Opus. Two of the biggest rap forces coming together in the form of Travis Scott and Kid Cudi. Travis Scott has always stated Kid Cudi as one of his biggest influences, someone who inspired him to create music and that is quite evident on his early work. The song was released on the game 'Fortnite' as a special collab between the two.

The production on this track is what drives it forward. The beat is atmospheric and sounds like a product tailor-made for Travis Scott. The beat drops hard and it also acts as a hook to the song unlike a traditional hook which seems like a refreshing change to me. Special mention needs to be given to the gorgeous synths at the end of the track; they transport you to a different dimension and keep you wanting for more.

Wanting for more is where the problems of this track starts. The track is under 3 mins long with just one verse each from the two artists. That leaves you wanting for a lot more. The flow that Travis adopts is something you'd expect out of a Travis Scott song but Kid Cudi disappoints a bit on his verse. It could have had some more details and content on it but falls flat when compared to the hype and reputation of the artists on the whole. I liked the track and I'm looking forward to more songs by the duo.