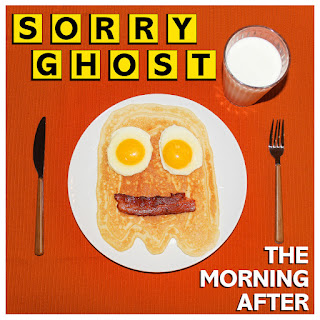 I have never listened to this band before, but their stuff is definitely my style. This is a very strong and well-recorded debut album. I really enjoyed listening to this. It reminds me of the early 2000’s pop-punk era where some classic songs were released.

There isn’t a single song I found uninteresting. One of my favourites from the album is  ‘Condescending’. It has a really catchy chorus and I found it playing in my head throughout the day. The style of the song seems to be a mixture of Sum 41 and the older Fall Out Boy songs, which will appeal to people who listened to their songs.

The vocals are a perfect match for the style of music the band has set for themselves. Other songs on the album including nosedive and best intentions have really catchy melodies and relatable lyrics. I could imagine this album to be played on drives during the summer, as it's upbeat and has energetic vibes whilst being a little emotional too.

Overall, I will continue to listen to this album… it's easy to listen to and has an old school pop-punk vibe which is lacking in the music industry at the moment. I would recommend this to my friends who I know enjoy the ‘emo’ scene. I really hope this band get the recognition they deserve as they have clearly worked hard on writing and producing these songs. Very well done!