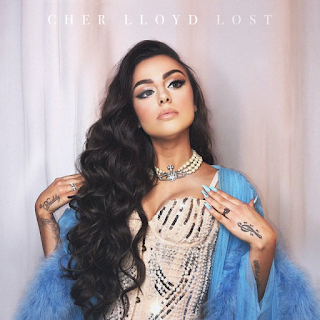 Cher Lloyd is back with her new single titled ‘Lost’ - her first single of 2020. I have always been a fan of Cher Lloyd - she has such a unique voice, something we don’t hear often and she set the standards with her debut single ‘Swagger Jagger’ back in 2011.

Is she gearing up for a new album or just dropping singles at the moment? I really hope she is putting together an album of some sort. It has been a while since she has released a full body of work. She returned to the music scene in 2018 with ‘None Of My Business’ and has been releasing music once a year since, as well as featuring on a few songs.

When I saw Cher Lloyd had released a new song, it got me to listen to her old music again from very early on in her music career. There is a very clear progression within her music from her past music and her newest single, ‘Lost’. It is a lot more mature. Saying that I do love ‘Swagger Jagger’ - such an iconic song. Her vocals seem to have improved as well and it is nice to see the progression.

The song seems to be about an ex-lover who thought she would be ‘lost without him’ after they had broken up but Cher Lloyd is making it clear that she is better off without them. Cher has such a unique voice and talent for music which is clearly shown in this song. This song is quite slow but it allows the lyrics to escalate perfectly. Especially in the chorus.

In the one-take music video sees Cher Lloyd singing in a bedroom like set. The lights are setting the mood and it is very aesthetically pleasing. Her movement are soft and slow which fits with the whole vibe of the song.