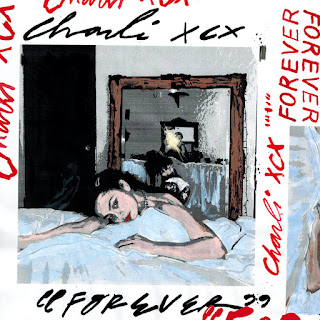 Charli XCX has released a new single titled 'forever' which is the lead single to her upcoming quarantine album 'how i'm feeling now' which is set to be released in May.

One thing I really like about Charli XCX is how creative she is and it really shows in her music. She creates music that is usually not seen as the 'norm' but that is what makes different from everyone else.

'forever' is a love ballad directed towards her current boyfriend. The lyrics show how she wants to be in his life forever, even if they eventually drift apart. The song also addresses the difficulties of the two’s long-distance relationship but maintains how she still feels as strongly as ever for him.

Even though I am not a huge fan of some elements of the song, the overall song is quite good. The lyrics are very catchy and it had me singing after a few listens. It will be interesting to see if the upcoming quarantine album follows the same theme as this song. Charli XC always has a way with pop music that is so unique and creative but different every time. Something we see very rarely.