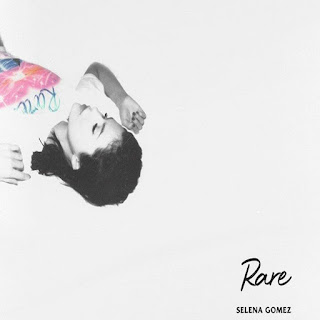 Selena has finally released her second (or third?) studio album titled 'Rare'. This is something myself and her fans have been waiting for since her last album 'Revival' which was released in 2015. Off the bat, I have been listening to her album since it released and I love the album! It seems to fit her aesthetic very well which is weird to say. The production seems quite minimalist which really suits her voice. It also seems more personal than her last album which shows she has been given more creative control of the album and Selena has been super honest and raw with the lyrics.

She released the lead single for the era 'Lose You To Love Me' and 'Look At Her Now' in 2019 to kickstart this new era which was a very good idea. They both give a different side of Selena's creative/vocal capability and they both tell a story. 'Lose You To Love Me' is about a break-up and talks about the struggle that she and other people face at the end of a relationship whereas 'Look At Her Now' is a follow-up track letting her past lover know that she is a lot happier and she is over the break-up. One thing that I have noticed when listening to the full album, the first two singles to this era doesn't seem to fit on this album. Their production seems to be a lot more than the rest of the songs. I am not saying it is a bad thing because it still works. Also, they are in the wrong order on the album which frustrates me a little haha.

The album opens with the title track 'Rare' which is a pre-breakup anthem. Selena talks about feeling underappreciated by her lover whereas 'Dance Again' seems like a fresh break up song in which she is happy to be free and single again. The whole album sees Selena singing about the process of becoming happy and not needing anyone to make you happy and the low, minimal production lets us, as listeners, hear her stories a lot clearer.

This album isn't like anything we have heard before and I can't relate it to another album or artists as it is an original approach. There is never a boring part, even if it is slow-pop, each track keeps you listening and wanting to know more.

I have nothing bad to say about any song on this album, they are all equally brilliant. My favourites from the album are certainly the title track, 'Rare', 'Look At Her Now', 'Dance Again' and many more - there isn't a bad song on this album. I know she has just released this project, but I am excited to see her music progress further and see what else she can do.