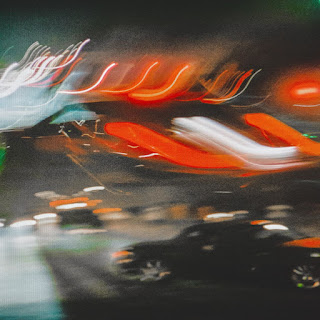 Khalid is back with his new single 'Eleven'. He always has such a vibey take to music and I always find his music relaxing and this song is exactly the same. The song tells the story of Khalid driving around at night with his crush, checking them out while they are sat in the passenger seat. There is always a thing about driving at night - I have to admit, sometimes I prefer driving at night because there is no one on the roads but there is also something romantic about driving at night.

His is generally pleading his love for someone, whether they love him back or not. The production of this song is so soothing and doesn't overpower his vocals which I really like. His vocals throughout are outstanding, I really think Khalid has found his style and unique take to his music which is really exciting to see.

This song is rumoured to be the second single to his upcoming album and 'Eleven' is his first song of 2020 after his last release in November 2019. I am excited about Khalid's next album, I have been becoming a huge fan of him. Overall, this song is a vibey track that I can totally see myself playing while driving at night.