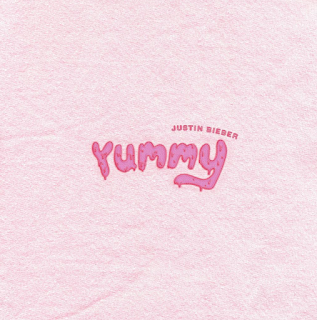 Justin Bieber is back with a new single - the lead single to his next studio album - his first album since his 2015 release titled 'Purpose'. This release was highly anticipated and had everyone talking. Justin took a break - a well-deserved break - collaborating with artists every so often over the years. I have to admit, his last studio album is a really good album, all songs were great and I fully enjoyed the album so I am excited to hear his next body of work.

'Yummy' was released on Friday 3rd January and he has the fans talking since. This song seems to be following the same kind of theme as his last album did, a fresh RnB vibe with fiery vocals that move along on a trap beat. The song contains a crisp bassline and plinking keyboards. Bieber rap-sings the pre-chorus, while he hits his signature falsetto in the bridge. He also seems to be repeating the name of the track a lot which can be a good thing as it will stay in peoples heads for days. I first listened to it at 5:30 am when I had to get up for work and it was stuck in my head the whole day - it also didn't help because the song was always being played on the radio whilst I was at work.

I have to admit, I am a little disappointed with this release. Days leading up to the release, there was a lot of hype by fans and following from his last album, I had high hopes. As much as it is a catchy, fun song, it is also very repetitive and a little boring at the same time - not as 'yummy' as people hoped. It shouldn't have really been the lead single for this new era. None-the-less, it will be a successful song... It's Justin Bieber...

When analysing the lyrics of the song, obviously it is very repetitive - he seems to be talking about someone he loves, which no doubt is his wife, Hailey. Was this song created to become a viral Tik-Tok trend? It seems that way and a lot of people are thinking the same.

I am really hoping for a little more from his upcoming singles and album - even though this is a fun, upbeat song it just seems to lack a little creativity with the lyrics. I am torn, I have mixed emotions/feelings about this track...

Tell us what you think in the comments below!