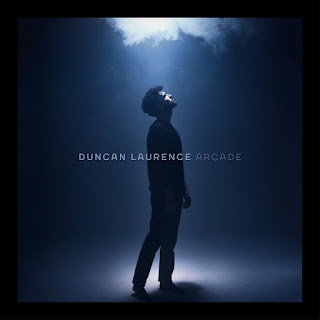 Duncan Laurence represented The Netherlands at Eurovision 2019 and he won with his song titled 'Arcade'.

From the beginning, Duncan was highly spoken about. He was bookies favourite - I can understand why. After watching his performance at the Eurovision, he is very talent and the song was very well done. The lyrics, production and vocals are all equally unique and inviting. Each year, you never know what kind of song is going to win the Eurovision and this year seems to be a slow-ish ballad about loving someone and them not loving you back or trying to find your one true love. I'm not going to lie, I personally did think this song would do well, but I didn't really expect it to win (no shade).

The song is really well put together. It is quite mellow but has that certain tune which is featured in the background throughout the song that you catch yourself humming too. The song perfectly leads to the chorus which seems to give off a burst of energy and life for a few seconds. I don't usually like slow songs but with the burst of energy during the chorus really intrigues me. The lyrics really work and makes you feel a certain way. After the song is finished, you do end up feeling hopeful for Duncan (in this case).

When talking about the song in an interview, Duncan said: 'Arcade is a story about the search for the love of your life. It’s about the hope to reach something that seems unreachable. I wrote many other songs after I wrote Arcade, but Arcade felt like the heart and also like the start of the search of how I can reach other people with my songs. Of course I was always making music, for years even, but Arcade feels like the start of my career.' - Eurovision is is like the World Cup of music, you are showing yourself to the world and showing your countries style of music. I love Eurovision for many reasons and I am glad Duncan won - even though I had my favourite which wasn't Duncan unfortunately.