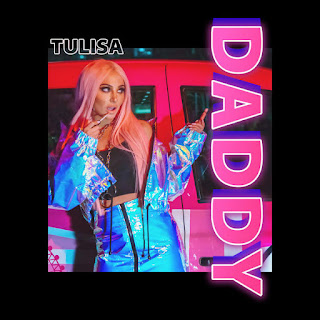 Tulisa has released her new single called 'Daddy' after being quite on the music front for a while.

'Daddy' is such a awkward title for the song, but nothing is ever off-limits for Tulisa! I have been a fan of Tulisa since she was a judge on the UK version of The X Factor. I'm not going to lie, I wasn't involved in the music charts too much as a child so I wasn't part of the N-Dubz fan club.

Her music since being a judge on The X Factor has been very Pop infused, some may say Bubblegum pop... Especially her previous release of 'Sweet Like Chocolate'. But 'Daddy' seems to go in a different direction. It is still has major Pop infused but with a mix of RnB. I really think this sound suits Tulisa's voice and music style.

Tulisa has revealed that she is ready to create the music she enjoys instead of the music other people like. She has also said that she doesn't really care about chart positions which I think it is good thing to say, or is that a cover up as she knows she may not chart high? Anyway, I really like the song and I am happy to see Tulisa releasing music again!

I do think the production of this song is a little much, it seems like the production over takes her voice which is something that shouldn't really happen. Her voice should shine through but from what I can hear, I mainly just hear the Pop/RnB production.