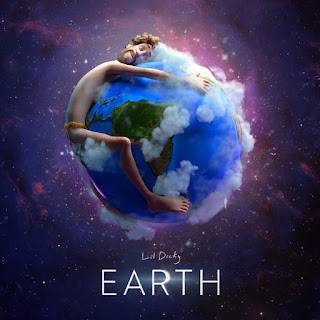 Lil Dicky has released a new single called 'Earth' which features many artists such as Justin Bieber, Ariana Grande, Halsey, Zac Brown, Brendon Urie, Hailee Steinfeld, Wiz Khalifa, Snoop Dogg and many more. All proceeds from the song will be donated to the Leonardo DiCaprio Foundation.

'Earth' is an environmental awareness song, released three days before Earth Day 2019, about the dangers that climate change has on our planet and its ecosystems. With this important message behind it, Lil Dicky has managed to also make it fun and quite funny.

I think it is really good for all of these artists to take part in such a important song. We do need to look after our home planet. The vocals throughout the song from various artists are really good and the lyrics are fun but educational.

It is quite a catchy song, which is what we need. I really hope this song becomes a worldwide hit to educate people about what we are doing to our planet and how we need to save it. No matter what, Lil Dicky always brings some kind of humour to his music which makes him so likeable and such a good artist.