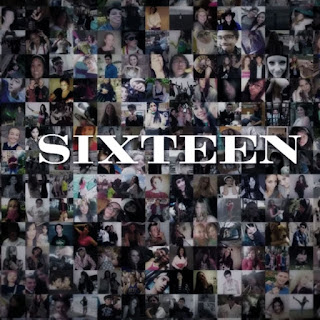 The song has an obvious meaning - it is about being 16 years old again. The decisions you make when you're young but you think you're all grown up. Ellie has said the song is about the "reckless days of adolescence".

Ellie Goulding has such a unique voice which I love and this song is no exception. It is truly brilliant. I am not much older than 16 - 4/5 years older to be exact - but it does take me back to when I was 16. I used to think I knew everything and when I had left school, I thought I was a grown up but I was wrong. Growing up is scary but it was always good to live in the moment and not take the teenage years for granted.

The production is really good also. At some parts of the song, it does seem to be too loud/powerful for Ellie Goulding's voice but I do like it. Ellie's vocals through out the song are really special, a few voice cracks which I like it. Catchy lyrics and a catchy production. Overall a really good song.

I have to admit, it is a Ellie Goulding song. You can work that out when listening to it. Nothing too different from her other songs. Obviously the production is different from other songs but the whole song stays in the same lane as her others. This shows that Ellie has found the sound she is most comfortable releasing.

I am excited to hear Ellie's upcoming album!