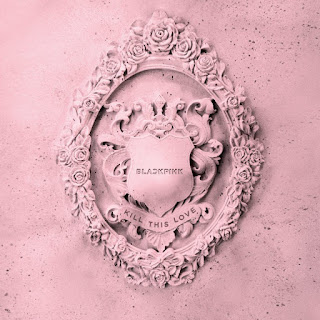 BLACKPINK are becoming worldwide sensations and they have released their new song 'Kill This Love' followed by a mini album with the same title.

I have become a huge fan of BLACKPINK. Out of nowhere, K-Pop has become mainstream which I love! I think K-Pop is such a fun, pop genre. Every K-Pop song is a dance-able track. Also, their music videos seem to be crazy good and high budget.

'Kill This Love' gives me the feels! I can't help dancing to it. It is so catchy and I love how some lyrics are in Korean and English. All 4 members of this group are so incredibly talented. The production is so wild but it really works.

This song has been on repeat since its release. I don't know what to say about it because it is that good - I love the melody and the vibe the song gives off. I am becoming a BLACKPINK stan!