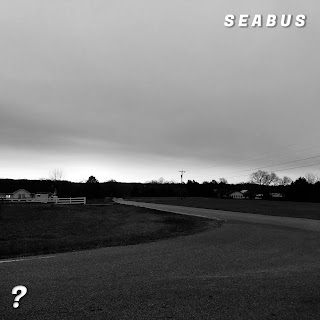 SEABUS has released his debut single in January 2019 called 'Uncertainty' and I am kind of obsessed with it.

The song discusses being uncertain and confused about a relationship. Whether they are on good or bad terms, whether it is official or not - it can have endless meanings. But the song also discusses being confused with life and uncertain with the direction life is going - unsure what to do. As I have said many times, each person has different views and opinions of what songs mean to them. The backing track of this song reminds me of a video game and I can certainly see it being played in one too.

The song isn't too upbeat but it isn't too slow either. It stands in the middle. It is slow lyrically but with a great beat in the background. I am very excited for more music from SEABUS.

When you first listen to the song, it seems like such a 'simple' song but the artistry in it is amazing. The backing track and SEABUS' lyrics and voice really make this song. He may not be doing insane vocals but the lyrics and the backing track is most important and he has done well.

I got the chance to do a Q&A session with SEABUS all about his single 'Uncertainty':

TE - What was the inspiration behind your song ‘Uncertainty’?

S - I wrote the song during a time late last year where I wasn’t sure what would happen in my life; from the relationship I was in, to what I wanted to pursue career-wise, I had a lot of doubts, and it bothered me. Ultimately, I wanted to express that it’s okay to have doubts and be uncertain in life sometimes. We’re all human, and we’re all just trying to make it.

TE - How long had you been working on this song before its release?

S - The song was written back in late August 2018, and I began producing it shortly after. The final mix sounds very similar to how it sounded early on. I had a clear idea of how I wanted it to sound from the start and just tried to follow through with that while adding some more life to it.

TE - Who are your major influences?

S - One of my main influences is LANY; their music/sound is a huge reason why I wanted to even make music myself. Another big influence is Charlie Puth. He is so talented, and I love how he writes and produces his own music, something that I do myself and want to take pride in.

TE - What are you currently working on? New music etc.

S - Currently working on a new song that I am hoping to release sometime mid-March most likely.

TE - What is the earliest memory you have with music?

S - My earliest music memories come from my dad, hearing him play the piano at home and at church. He raised me on a great variety of music: from 80’s rock, all the way to Gospel music. I love and appreciate all genres of music; they all have their special qualities.

TE - What would you like to accomplish within the next 5 years?

I would love to grow as a writer and producer and learn as much as I can from others. I also plan to make an album sometime shortly, once I release a few more songs. I hope to release more and more music in the years to come!