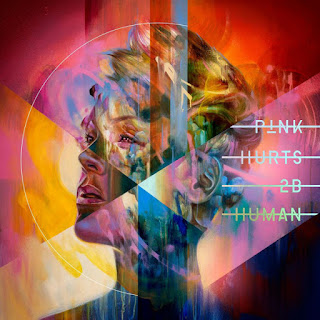 P!nk has released her new single 'Hustle' prior to the release of her new studio album 'Hurts 2B Human' which is set to be released on the 26th April 2019.

'Hustle' is such a fun song - it has a fun, lively vibe with the energetic clapping and the lively piano in the background. She is telling everyone not to f*ck with her. It is such a fierce song! The first 30 seconds of the song, I really thought I was listening to 'Daddy Issues' my Beyonce because it had to same sound - maybe P!nk used a sample of that song in 'Hustle' - I don't know, it might just be me who can hear the resemblance.

I really feel like this song is such a good second single for the album. It really sets the tone on what the album is like - well... I really hope it is upbeat like this song. P!nk has such a unique and powerful voice and you can really hear her shine in this song!