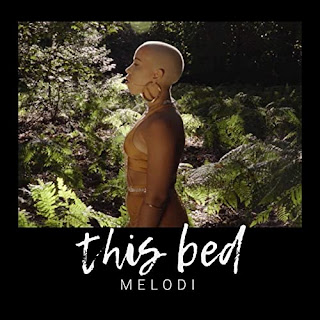 Melodi is a singer-songwriter based in London, England. I have to say, she is very talented and her voice is insane - such a soft, comfortable and light voice. Her newest single 'This Bed' marks her third song being on major streaming platforms. Her previous work consists of 'Dance With Me' (2018) and 'So Good' (2018).

Throughout 'This Bed', Melodi is giving chilling vocals while singing catchy lyrics. She has really proved herself as a songwriter on this track and the amazing, soothing melodies behind her amazing vocals really set the song off! It is a song everyone needs to add to their playlists - she is certainly an artist to look out for.

Melodi also recently released the music video for the song and in Melodi's words (on her Twitter) 'I had a vision and these guys managed to produce something better than what I could have imagined. Eternally grateful to the guys at @lowkeyfilms and to everyone that was involved in this video''. The team behind Melodi's song and video did a really good job. I am now a huge fan of Melodi and I can't wait to see where her music career takes her.

I got the chance to do a little Q&A session with Melodi about her single 'This Bed':

TE - What was the inspiration behind your song 'This Bed'?
M - I was actually home alone one night, my boyfriend was away and I was feeling needy and lonely haha.
TE- What was the recording process like for this song?
M - I love recording. I work with a guy called ENZ who does all my productions, we've built a really good relationship in the studio. He has an amazing ability to really capture the songs that I bring to him, so I love it! It never takes us long to get a track down.
TE - I love the music video how long did it take you to film it?
M - Thank you! We shot in one day. I worked with a great team Lowkey Films and a friend of mine Jack Hobbs. They were really able to bring the vision into life and I'm so grateful to them! I actually had the idea for the video right after I finished the song, as soon as I thought of it I just had to do it!
TE - What have you got planned next? any new music, gigs etc?
M - I'm in the studio at least once a week so we're always creating. I have a few new songs to ready and we're just at the stage of deciding how we're going to move forward. And yeh, I'm playing Hogsozzle Music Festival on 25th May and a headline show in Camden June 27th!
TE - Where do you see yourself in 5 years?
M - Who knows! Doing some singing, writing some songs...And not much else! Does that count as an answer? Hahaha.
Overall Rating: