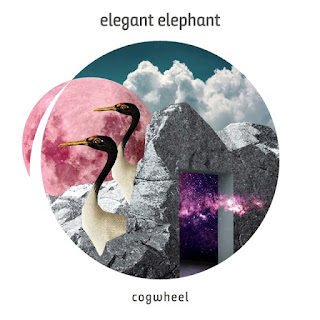 In November 2018, the group released their first single 'Cogwheel' followed by 'Realise' and 'Leaf' in March 2019.

They are certainly a group to look out for - they release the kind of alternative/rock music that I can actually listen too and that I like. Sometimes, rock music can be a bit too much for me but this is certainly the perfect mix! It is like mellow rock, softer rock.

Such a talented group that needs more listens. 'Cogwheel' is such a great tune and I hope people reading this will take a couple of minutes to listen to this.

I got the chance to do a small Q&A session with Elegant Elephant about their song 'Cogwheel':

So, how long have you known each other? When did the group form?

We met in late 2015 while studying the same programme at an audio engineering school in Stockholm, and started the band in early 2017.

What was the inspiration behind your song ‘Cogwheel’?

Chris: I re-found my passion for a more conventional songwriting style after having delved into experimental electronic music for a while. 'Cogwheel', along with another track (yet to be released), were the two first songs I wrote after that period. The demo for 'Cogwheel' was still very much influenced by electronic music, and I think that is still noticeable in some ways, at least to us.

How would you describe your music to people who haven’t heard it before?

It started as a very rough demo consisting of programmed drums and bass with a simple acoustic guitar and bad vocals. We then re-worked it as a band and started the recording process pretty quickly. We did the drums at Soundtrade in Stockholm (the studio connected to our school) and the rest at Mamma Dunders studio and Christoffer's home studio.

What would you like to achieve in the next 5 years?

Play everywhere and record everything.