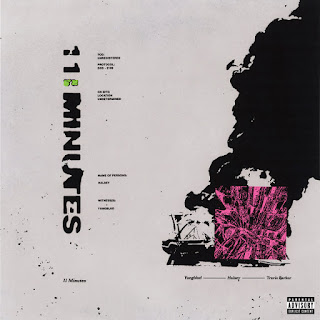 YUNGBLUD has released a new song with Halsey featuring Travis Barker called '11 Minutes' and it is a masterpiece. I think any song that involves Halsey is a masterpiece because she is brilliant. Her unique voice and the smash hit she has released in the past. I love her as an artist.

The song seems to cross Pop/RnB with Grime/Rock which normally you wouldn't put together but this song works. I really like the combination of different genres in one song. Halsey and YUNGBLUD serving vocals and I think this could be a smash hit - I am a huge fan. The sound of drums really sets this song off too which is by Travis Barker - best known for being the drummer in Blink 182.

“The song tells the story of a perfect tragedy that reflects modern love within our society,” YUNGBLUD said in a statement. “We are so distracted and focused on what’s next, we can fail to see what is actually in front of us. We don’t realise how much we need something until it’s taken away from us.”