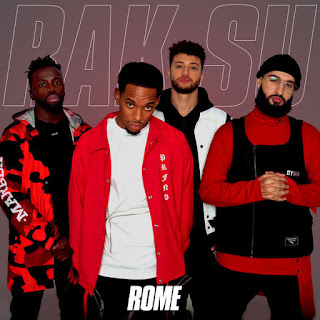 Rak-Su has finally released new music. The new EP called 'Rome' is a four track masterpiece in my opinion.
They teased the EP for a while and tricked their fans into thinking the EP, or new music, was being released a week earlier but it was a melody of all four song from the EP.
Since The X-Factor, I have really enjoyed Rak-Su, their original song during the competition and the two singles they have released after have been really good. 'Rome' are another bunch of songs for them to add to their list of bops.
It is also nice to see them experiment with music. For example, I had never heard Myles sing, only rapping, but in 'Stick Around' we get to hear that. All of the members experiment on this EP and I believe it is a great career move.
I haven't got a favourite from the EP. All the songs seem different, but the same and I love the vibe the songs give off. Well done Rak-Su - such a brilliant EP!
Overall Rating: