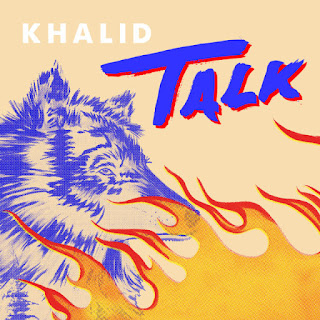 Khalid has teamed up with Disclosure on his new track 'Talk'. The song was co-written and produced by Disclosure.

The song takes a little while to get to any lyrics but I like the build-up. Then, all of a sudden, Khalid's vocals hit you and the beat drops. I love this song - Khalid has a relaxing voice and he releases banger after banger. The song sees Khalid pleading to his love interest to talk to him, sort things out that has happened. I imagine playing this song in the summer, driving my car (when I eventually pass my test) with the windows down, bopping my head along with the song.

Khalid has had such a successful career so far and by the looks of it, he will continue with songs like this. I am a huge fan of this song and Khalid as an artist - he is very creative with his music.