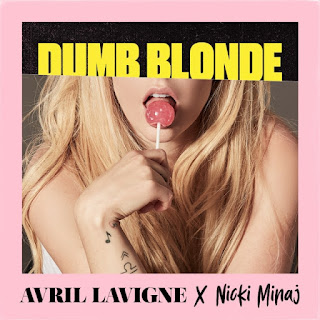 Ahead of her sixth studio album, 'Head Above Water' (which is out now but it isn't out when I am writing this!), Avril Lavigne released a new song called 'Dumb Blonde' featuring Nicki Minaj.

The track sounds like the 'old' Avril Lavigne - back to her original sound that we all love. This makes me very excited for her album. I expected a new sound, something similar to the lead single 'Head Above Water' - I thought she might have grown out of this song but I guess she hasn't. I haven't got any complaints about it though. While I am writing this, her album hasn't been released but I am very excited.

'Dumb Blonde' is an anthem and empowering track about proving haters, or people in general, wrong and not letting people stereotype you because of the way you look. The song was originally a solo, but a verse by Nicki Minaj was added a few weeks before the album release. Obviously, Nicki's verse is very empowering, she really is the queen of rap.