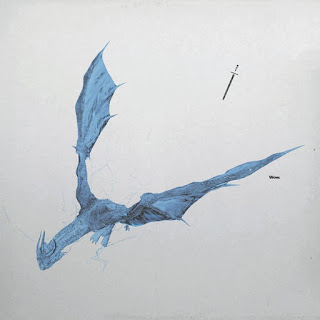 Post Malone is an American rapper, singer, songwriter, and record producer. He has gained recognition for blending various musical genres, for his characterised songwriting, and his vocal style.

Post Malone began his musical career by releasing his debut single 'White Iverson' in 2015 which peaked at number 14 on the Billboard Hot 100 and later certified quadruple platinum. With the success of his debut single, it allowed Post to secure a recording contract with Republic Records later that year. Since then, Post Malone has released a bunch of different singles and has released 2 studio albums called 'Stoney' (2016) and 'beerbongs & Bentleys' (2018) which spawned hits such as 'Better Now', 'rockstar (ft. 21 Savage)', 'Psycho (ft. Ty Dolla $ign)' and many more.

Post Malone has now released his next single titled 'Wow.' He surprised fans with this release but he did promise them that he would have 'a new body of work' out by the end of 2018. It still isn't clear whether this is the start of the 'new body of work' era - maybe a new album - but fans are still happy and excited that he has released a new single.

The song touches upon Post’s life as a partier - always showing up with a bottle, friends and cash. Throughout the track, Post also touches onto his rise to the top of the charts and stardom and what his life was like before all the fame.

''When I got up, all of y'all disappeared (Wow), Before I dropped Stoney none of y'all really cared (Cared), Now they always say, "Congratulations," to the kid (Kid), And this is not a 40, but I'm pourin' out this shit (Yeah)''

I have to admit, I am not a full-time fan of Post Malone - I liked his album 'beerbongs & Bentleys' but I wouldn't say I am a 'stan'. He has released some really good music, including this song. Maybe I should listen to Post Malone more.