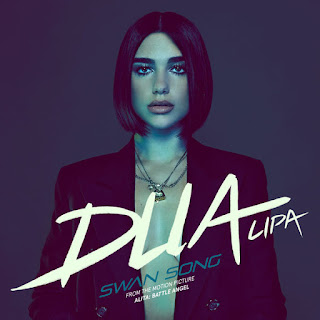 Dua Lipa is an English singer and songwriter. She began her career by uploading covers of songs onto her YouTube channel. In 2015, she signed with Warner Music Group and released her first single soon after called 'New Love'.

She released her self-titled debut album in June 2017 which spawned smash hits such as 'New Rules', 'IDGAF', 'Blow Your Mind (Mwah)' and many others.

Her song, 'New Rules', became a worldwide hit with it charting high in several countries. It has reached over 1 billion views on her official YouTube channel and has broken many records.

In 2018, Dua released a 'Complete Edition' of her debut albums which added songs such as 'Kiss and Makeup (ft. BlackPink)', 'One Kiss (with Calvin Harris)' and many others.

To start 2019 off, Dua has released a new song which is from the upcoming motion picture 'Alita: Battle Angel'. Dua Lipa has been tweeting and talking about this single for a little while now expressing how excited she is to release it.

I personally think the song still follows Dua's usual sound but it does have more of a 'grungy' (probably not the best word to use) feel to it. From watching the trailer and the music video for this song, the song really does fit with the whole aesthetic and story of the film.

I honestly think Dua could release any song and it would chart high as well as sound amazing. She has a very unique voice. I really like this song and the film looks really good too!