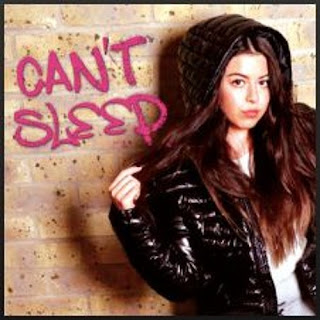 Sophia Grace quickly gained popularity with her cousin named Rosie by making regular appearances on The Ellen DeGeneres Show, after posting a cover version of the Nicki Minaj's song 'Super Bass' that went viral on YouTube. The video was originally posted on YouTube in September 2011 and has gained more than 53 million views as of March 2018.

Sophia Grace has grown up on Social Media, posting videos to her YouTube channel and updating her Social Media regularly like any other person. Sophia has released many singles over the years and her first being 'Girls Just Gotta Have Fun' in 2013 followed by 'Best Friends' in 2015 which charted on the Billboard Hot 100. Other singles she has to release consist of 'Girl In The Mirror (ft. Silento)', 'Number 1 (ft. AJ X Deno)', 'Why U Mad?' and her debut EP that was released in 2017 called 'Hollywood'.

She has now released her new single 'Can't Sleep' which sounds a lot different than all the other songs she has released. It shows off Sophia's rapping capability and I really like this song - it shows progression. She is growing up and the music she produced before may not be what she is interested in anymore.

''Well, people say they me to be the same, as I was before,
And it annoyed me 'cos I am not that person anymore,
And they always ask me to go back to how I was,
But I'm different and that's not who I am,
So, I wanna show people that I'm a different person now,
And that I've changed but that's OK because everyone changes.''

Sophia seems to want to scrap the image she portrayed before - she is growing and changing as a person which also makes changes in the music she wants to create. She released Gum-Pop music before and because of that, it is what fans want/expect.

She is getting a lot of backlash from her fans on Social Media (along with a lot of support) from this song but I have been waiting for this change and I think it has come at a good time. If this type of music Sophia is going to create from now on, I am excited about it. I wasn't a massive fan of her music beforehand because it was too Pop for me, but this music I like.