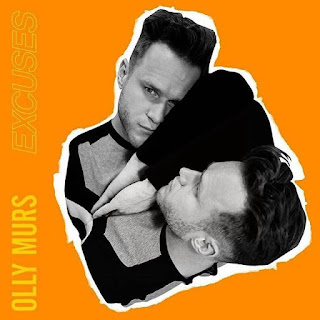 Olly Murs shot to fame during the sixth series of The X-Factor UK in 2009. He has had multiple smashes hits over the years such as 'Unpredictable (Ft. Louisa Johnson)', 'Troublemaker (ft. Flo Rida)', 'Dance With Me Tonight' and many others. Also releasing 5 chart-topping albums - Olly has had a very successful music career so far and I don't see that dying down any time soon.

'Excuses' is a lot slower and the acoustic guitar really gives you the feels. Within this song, you can really hear Olly's soulful voice. Singing about his experience with ex-lovers or people in general making up excuses and becoming paranoid or falling out of love with the person that he once loved. But what I love most about music, each song can have its own meaning to you. Each fan of a song can change the meaning to whatever fits them and Olly's songs certainly give music lovers a chance to do that!

I feel like this is a risky move to go from an upbeat song to a slow, powerful, ballad-kind-of-song as the second single from the album. Each era/album from each artist has a slower single than the rest - that is just how it goes but I really think Olly has chosen a really good second single.

With songs like 'Excuses', you get to hear the true meaning behind the song, taking in every lyric and every note he sings. My favourite part of the song is when the backing vocals of a choir comes in. It feels like the lyrics have burst out and the world is finally hearing what he might've been keeping in for years. I can imagine this song being really, really good live. Olly standing in the middle of the stage, with a large choir behind him, belting out each lyric - it is already giving my chills thinking about it.

I just want to take a second and appropriate the single cover for this single. Firstly, it fits with the aesthetic of Thomathy Entertainment - which wins a point instantly. But I am really liking the aesthetic of Olly's single/album covers recently. It fits in with the trend of bright colours that seem to be going around.