HRVY - I Don't Think About You | Song Review 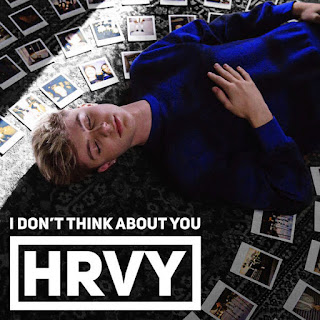 HRVY is a 19-year-old British singer-songwriter. He has released another single called 'I Don't Think About You'. He released his last single in September 2018 called 'I Wish You Were Here' and it doesn't feel like it has been nearly 3 months at all.

'I Don't Think About You' is an acoustic song, unlike his last release. I really like this song as the instrumental isn't too loud and over-powering. You can really hear the lyrics and the emotion HRVY is feeding his fans.

Post-breakup is a popular subject matter for songs in almost every genre and HRVY is certainly covering that subject within his new track.

Even though he is still young, and probably still has many problems within his love life to face, he is still able to capture his feelings and write relatable lyrics for his fans to devour.

HRVY serves vocals throughout the song and this is a great follow-on from his previous single 'I Wish You Were Here'.