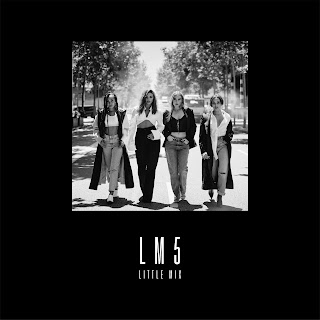 Little Mix has released another promotional single called 'Told You So' from their upcoming album, LM5, which is being released this Friday the 16th November!

It is so refreshing for them to be singing about their friendship - you can hear and see that their friendship is so strong. It is surprising that they didn't know each other before they were formed by Kelly Rowland on The X-Factor UK in 2011. This group was meant to be put together, it was fate.

Their vocals are amazing, like always. I have previously said in reviews that I am not a massive fan of slow, acoustic songs. I would rather listen to an upbeat one that I could dance too. But there is something about Little Mix's slow songs that I like. It feels more real and close to their hearts. It also shows their vocal capability and what they can do once they are in the studio.

The countdown to their album has started and I am very excited to have new Little Mix music to have on repeat. I am also excited about the new era and what the album will bring for the girls. Little Mix has revealed in interviews that his album is an album that they have always wanted to make and it makes me even more excited when artists absolutely love the album too.