Cheryl - Love Made Me Do It | Song Review 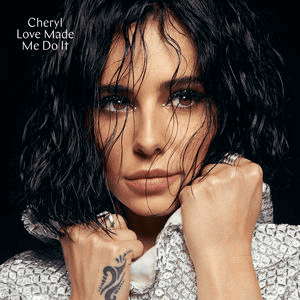 Cheryl is an English singer, songwriter and television personality. She rose to fame in late 2002 upon winning a place in Girls Aloud, a girl group created through ITV's Popstars: The Rivals.

Cheryl is back with a new single called 'Love Made Me Do It'. When listening to the song, it is obviously about her past relationships - which have all been posted all over the media. She hasn't had much luck with love, hopefully, she will one day. The track marks a new post-romance era for Cheryl who has vowed she will never date again following her split from Liam Payne (former One Direction member).

This song is very catchy and it sounds similar to her old music that we are all familiar with. I can remember when singles were brought out as CD's, Cheryl was one of the first ones I bought. I was a massive fan of her back in the day, especially her '3 Words' album.

I feel like I have heard a song like this before but I can't think what song that might be - I still really like the song. I am sure people can relate to this song, most people have been in a couple of relationships and it hasn't worked out as planned but love made you do it - pun intended.

Overall, I really like the song. The instrumental of the song reminds me of an acapella song - it sounds like 'handmade' sounds which make me feel like I am on holiday - it is the kind of song you would listen to on the beach. When I first heard this song without watching the music video, I expected a beach scene, but I was wrong.

The music is also very good. It reminds me of the 'Fight For This Love' music video. Cheryl always has good music videos. I have to admit, it looks like they don't have a high budget, but Cheryl makes it work and still produces a good music video and she is always serving looks. Also, the editing of the music video is always really good, I enjoyed watching it.