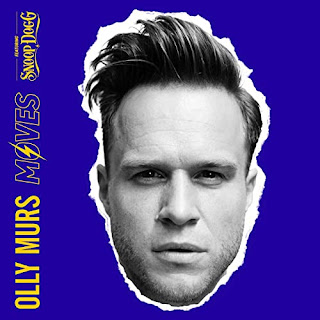 Olly Murs shot to fame during the sixth series of The X-Factor UK in 2009. He has had multiple smash hits over the years such as 'Unpredictable (Ft. Louisa Johnson)', 'Troublemaker (ft. Flo Rida)', 'Dance With Me Tonight' and many others.

He has been taken a little break for 2 years but he is back to bringing out music and he has brought out his comeback single 'Moves (ft. Snoop Dogg)'. He is also about to drop his sixth studio album!

His new single, 'Moves' was produced by Steve Mac and co-written by a team consisting of Steve Mac, Ed Sheeran, Ammar Malik and Snoop Dogg. This song does sound like a song Ed Sheeran would have written - maybe the song was originally written for Ed but decided to give it to another artist?

Olly Murs has a very distinct sound to his songs, there is always a groovy production which makes it fun and dance-able. I really like this song! As I have mentioned, it is very much an 'Olly Murs' song with a twist of Ed Sheeran and I like it. Snoop Dogg also adds that extra grooviness to it - as he always does with any song.

His previous album '24 hrs' (released in 2016) didn't do too well and it wasn't a massive hit with music critics either. However, it seems like Olly and his team has taken time to perfect his new album - which I am excited about.

Overall, this single is a good come-back single for Olly! I really like it, I can see this song being a smash hit within the club scene.