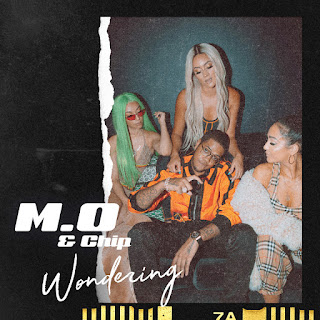 M.O a British girl group which formed in 2012. The group consists of Annie Ashcroft, Chanal Benjilali and Nadine Samuels. Frankee Connolly was once part of the group but decided to leave in 2017 - then was replaced by Chanal. They are currently signed to Polydor Records since earlier 2016.

They have released many singles such as 'Who Do You Think Of', 'Preach', 'Not In Love' and many more. They have also released their come-back smash hit called 'Bad Vibe' in January 2018.

They have also confirmed that they have been working on an album/EP and I am really excited for it to be released. Their sound seems to have matured a lot within the last year.

I got the chance to see M.O live in concert while they were supporting Little Mix on their Salute Tour (picture below) in 2014. Chanal wasn't part of the group at this point but I can remember when the group was announced as a support act, I had their songs on repeat so I could learn them for the tour. If I remember correctly, M.O was about to release their next single called 'Dance On My Own'. I have been a huge fan of the group since 2014 and I think they need more recognition - they are great artists!

At first, when I listened to the song, I wasn't a huge fan - I felt like this song was quite flat, unlike their previous songs. I understand artists change their music and not all music they release are going to be the same but it seemed really different. After a couple of listens, I do love it! On the 9th October 2018, M.O released their newest single called 'Wondering' with Chip featured on the track. I had high expectations for this song as their previous single, 'Bad Vibe', was such a smash hit - and I wasn't disappointed.

It is catchy, really catchy and Chip is a good feature for this song. The instrumental of the song is 'vibey' with the obvious M.O sound for tropical sounds with a bass in the background.

This song definitely needs more attention. Their vocals are so good and I am glad Chanal is now part of the group, she fits in so well and fits with the aesthetic of the group.

I really like the music video too. The video opens up with the girls in a convenience store then later shows them at a party. Even though their videos don't look to have a high budget, I really like how 'simple' they are. Don't get me wrong, I love a bold, out-there music video but I do also love when artists keep it simple. Sometimes it is better to just listen to the music rather than concentrating on the video. I also think the 'simple' music videos look more fun to film - the girls generally look happy and they're having fun filming in a convenience store, a party and what looks like to be on a roof of a building.
Overall, the song is a big hit for me. I wasn't a massive fan of it at first, but after a couple of listens, I LOVE IT! A fun, loving song which needs more people listening. M.O are so underrated - HELLO PEOPLE WAKE UP!!