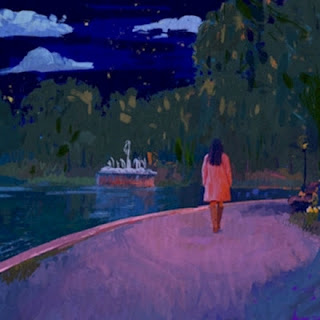 I am a massive fan of Camila! I really enjoyed her debut album 'Camila' which was released in January 2018.

Camila Cabello is a Cuban-American singer and songwriter who rose to fame through being a member of a girl group on the American version of The X-Factor. The girl group she was apart of was called Fifth Harmony who, after The X-Factor, released many smash hits such as 'Work From Home', 'Worth It' and more. She decided to leave the group in December 2016.

Camila, as a solo artist, has released many smash hits such as 'Crying In The Club', 'I Have Questions', 'Havana' and many others. Her debut album did really well too.

In October 2018, she released her last single from her debut album. It is called 'Consequences' which is an Orchestra version of the song from the album.

If I am being honest, I am not a fan of slow ballad songs. I can truly feel the feelings the singer/songwriter is portraying within the song(s) but I prefer being able to dance to songs. I guess you could do some Ballet kind of routine to them - but I love the club-dancing songs!

'Consequences' is about the aftermath of a love that was intoxicating and hard to get out of your mind or the kind of the love that you compare to everybody else and it's not the same. Camila has also revealed that this song is the follow-up of the relationship she portrayed in 'Never Be The Same'.

This is an orchestra version of the song (the original is on her album). I really like how she is using 'old-fashioned' musical instruments in a modern song. Even though, I don't really hear a difference between each version. There are some parts of the songs I can hear the Orchestra but I thought it would give the song a whole different feeling than the studio version - I still really like the song!

I do really like the music video for the song which features Dylan Sprouse as Camila's ex-lover. It shows Camila looking back at the relationship she shared with Dylan's character in 'ghost' like forms. The video was directed by Dave Meyers and he did a really good job. I can see this video being apart of a film and I can see this song being a soundtrack of a movie.

Overall, this song is really good. I liked the original version from the album anyway, so my opinion wasn't going to change. Other than not being able to extinguish the difference between the Orchestra version and the album version, I really like the song and the music video. You can hear all the passion and feelings from Camila's voice and lyrics and I love it.

With this being the last single from her debut album 'Camila' - does that mean we are going to be getting new music and a new album soon? She released her debut album in January of 2018 and usually, artists stick with the same month for each album release but we will have to wait and see.