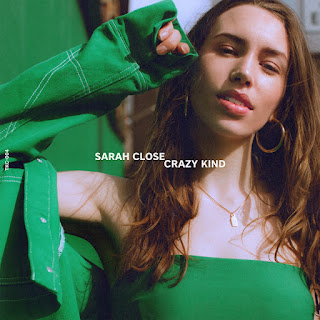 Sarah Close, best known for her covers on YouTube has released her second single of 2018 titled
‘Crazy Kind’. I am a huge fan of Sarah since she released her debut EP ‘Caught Up’ in April 2017. I am very excited to see what Sarah brings out since she was dropped by her label in January 2018.

Sarah revealed on Twitter that this song was written after she made a last-minute plan to go to Barcelona for 23 hours.

Sarah needs more recognition – her music is so underrated. You can tell by listening to each of her songs that she is so passionate about creating music.

Sarah also revealed in a YouTube Vlog that while she was signed to Parlophone, they were trying to make Sarah’s music go a different direction than she wanted it too. Sarah had a different idea of the kind of music she wanted to produce and that is when they dropped her. But, we probably wouldn’t have had ‘You Say’ or ‘Crazy Kind’ if it wasn’t for her being dropped.

Since being dropped from Parlophone, Sarah has created her own record label called ‘The Kodiak Club’ which is really cool and I am excited to see what Sarah has to come. Maybe a full-length studio album? Or another EP? Whatever it is, I am excited.

I am also excited to see if any new and upcoming artists are signed through her record label!

Overall, ‘Crazy Kind’ is a fun, upbeat song. Sarah is definitely an artist we need to watch out for – she could get really big!