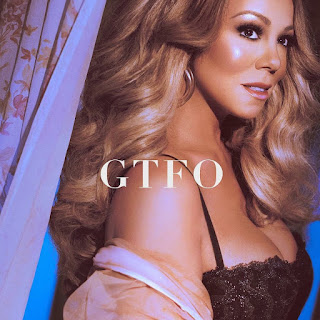 Mariah Carey is BACK! If you don’t know who Mariah Carey is… Where have you been….? Mariah is best known for her incredible vocals and her smash hits in the festive season. Everyone knows at least one Mariah song!

She is back with an incredible new single called ‘GTFO’ – which stands for ‘Get The Fuck Out’. The song is the first promotional single from her upcoming new album which is expected to be out later this year. ‘GTFO’ is produced by Grammy-nominated ‘Nineteen85’ who has also worked with Drake and many other artists. With her soft and delicate vocals and the soft instrumental makes this song a calming but sassy track. You could be laid on the sofa, with a glass of wine, feeling sassy while listening to this song – Mariah always gives out the sass.

Mariah still gives out amazing vocals from the soft track but is an introduction to her 15th Studio album – with another single coming out in early October.

The music video is set within a home while Mariah lounges around in her Lingerie, drinking wine telling someone to ‘Get The Fuck Out’. Mariah looks stunning – like always – and really healthy. She always comes alive around Christmas time.

I am excited to see what her other music she will be bringing out is like. Her upcoming album will be her first album since her 2014 album ‘Me. I am Mariah… The Elusive Chanteuse’. Her best music will always be her Christmas tunes – obviously.