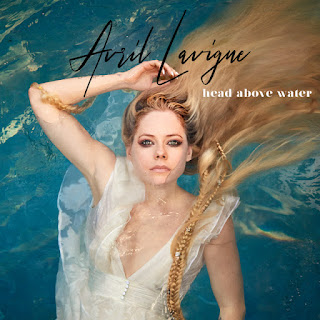 Avril Lavigne is back!! I seem to be saying ‘[BLANK] is back’ a lot – but ‘old’ artists are bringing out music again! Avril Lavigne is a singer-songwriter from America who rose to success in the early 2000s with smash hits such as ‘Complicated’, ‘Sk8er Boi’, ‘Girlfriend’ and many more.

After not releasing any music for 5 years, she is back with a new single called ‘Head Above Water’. It is a different sound for Avril but a mix of the classic Avril too. This power ballad was inspired and wrote about her long battle with Lyme disease which she announced in 2015. She released a statement saying “I thought I was dying, and I had accepted that I was going to die. My mom laid with me in bed and held me. I felt like I was drowning. Under my breath, I prayed ‘God, please help to keep my head above water.’ At that moment, the songwriting of the album began”

This song is able to show Avril’s vocals and she sounds completely different from her previous songs – has she taken up some singing lesson or worked on her vocals? The song is incredible and you can hear how precious and personal this song is.

To go along with her release of ‘Head Above Water’, Avril has launched a campaign called the ‘Avril Lavigne Foundation’. They have launched a charitable t-shirt campaign that will raise money to benefit people affected by Lyme disease who can’t afford treatment.

God, keep my head above water
Don't let me drown, it gets harder

This song is so much more mature than her old music, which I like. I am glad she has grown up with her music, it is different from what we are used too. I have to admit when ‘old’ artists bring out songs or albums, they usually do the same kind of music they released at their peak, which doesn’t do as well as music has evolved and changed from when they were at the top of the charts.

I can feel this song doing well; really well and I am glad to see Avril back in the music scene.

Avril has confirmed that an album will be coming but there aren’t any exact dates of its release – there aren’t even any rumoured dates but I am so excited for her new music!