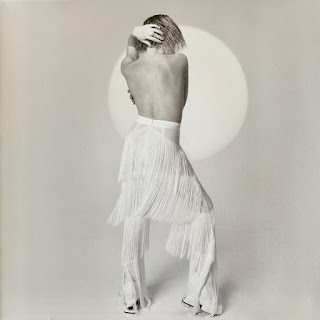 We are approaching the release date of Carly Rae Jepsen's next studio album titled 'Dedicated' but while we wait, Carly is treating us by releasing different songs from the album. Her latest release from the album is called 'Too Much'.

'Too Much' is a pop anthem with a single electric beat that holds very catchy lyrics. I was singing along by the second time listening. The song is all about having emotions that are too intense to handle. Carly has a way of writing and recording her songs that make them hard to forget - which is a really good marketing technique. I really want to see her at the success she was with 'Call Me Maybe' - I feel like she isn't being appreciated as much anymore.

I am quite excited for her upcoming album, I have really like the song that have been released prior. Her voice is incredible! I have never really heard her voice sound this good. I really think this is her prime. Her production, vocals and lyrics sound so good - she has truly found herself as an artist.

Make sure you stream and download her new album 'Dedicated' which is out on May 17th!